LIFTING EFFECT facial contractions are reduced in quantity and muscles relaxed, preventing the formation of new wrinkles and smoothing existing ones.

After cleansing with YAG MEN FACIAL CLEANSER & PEELING, apply the product tapping on forehead, cheekbones, chin and neck. Apply generously with your fingertips in gentle circular motions, from the inner to the outer edges of the face. Recommended use: morning and night

Renew and repair skin cells. They stimulate synthesis of binding proteins, collagen and elastin, to achieve powerful skin revitalisation from inside and outside of the cell. Reversing the effects of skin degradation.

This ferment acts directly on collagen synthesis, stimulating its production and increasing elasticity. 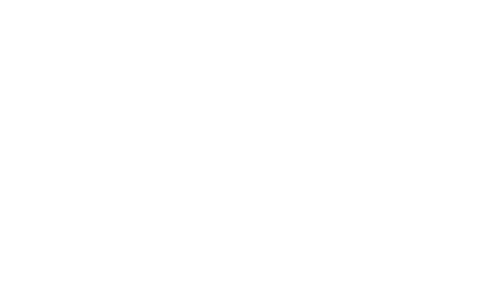 After cleansing with YAG MEN FACIAL CLEANSER & PEELING, apply the product tapping on forehead, cheekbones, chin and neck. Apply generously with your fingertips in gentle circular motions, from the inner to the outer edges of the face. Recommended use: morning and nightHow should cosmetics be applied?To apply the facial cream correctly, small amounts should be placed on different areas of the neck and face (forehead, cheekbones, nose and chin).1.- Forehead: spread the cream by circular movements starting from the frown area, in a vertical and ascending direction towards the hair line.2.- Eye contour: this area is very sensitive so the product should be applied with the middle or ring fingers around the eye and on the temple (crow’s feet) by means of light touches. In the case of bags, give soft touches in the lower area of ​​the eye from the corner of the eye towards the lacrimal. If you do not have bags, it is preferable to apply the product from the inside out.3.- Nose: apply on the nasal septum to the forehead, and then to each of the sinuses.4.- Cheekbones: start from below and go up with circular movements until you reach the ears.5.- Chin: perform circular movements outward and upward toward the ears.6.- Neck: apply cream on the fingers and extend with circular movements ascending and outward, rising little by little to the chin and jaw using both hands.The image summarizes the recommended application address in each area of the face and neck. 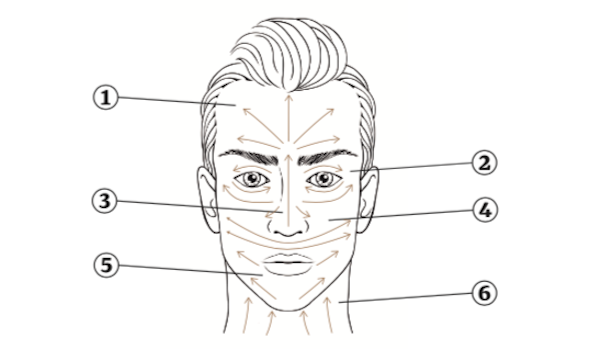 A plant rich in vitamins A, B, C and E, it has a refreshing, emollient, soothing, protective, anti-inflammatory and hydrating action. Aloe vera extract is composed of 95% water and the rest contains active components from the plant.

It is an important cellular regenerator which tightens and rejuvenates the skin, preventing its ageing. A natural solar filter that acts against UVB rays.

Niacinamide or vitamin B3 is a substance that has been shown to repair DNA damage to epidermal keratinocytes, also potentially reducing the immunosuppression caused by ultraviolet radiation.

Among its many effects is to reduce the appearance of hyperpigmented spots, reddening, yellowing, surface sebum, pore size, surface texture and fine lines and wrinkles.

Stem cells are responsible for renewing and repairing all skin cells. They stimulate synthesis of binding proteins, collagen and elastin, to achieve powerful skin revitalisation from inside and outside of the cell. Facial treatment with stem cells of plant origin reverses the process of skin degradation, thanks to the restructuring action of the stem cells.

Its low molecular weight contributes to its easy absorption into the skin, where it has demonstrated significant hydrating, moisturising, emollient and healing activity. After absorption, panthenol is metabolised by the skin tissue to become Pantothenic Acid, one of the components of Coenzyme A, which is of vital importance in cellular respiration.

Centella has a composition rich in triterpenoid saponins, such as asiaticoside, asiatic acid and madecassoside. The triterpenoids of Centella asiatica have properties that modulate the development and metabolism of connective tissue, stimulating production of type 1 collagen. Centella extract is recommended for protecting the skin against oxidising processes, as it increases production of anti-oxidant enzymes, providing an anti-ageing action as well as elasticity to the skin.

This ferment has a direct action on collagen synthesis, by stimulating its production and increasing elasticity.

Vitamins are added to this yeast to develop enzymes, in particular the enzyme PH4 (Prolyl 4-hydroxylase) that stimulates the synthesis of collagen fibres and also improves their stability. In collagen and other related proteins, PH4 catalyses the formation of 4-Hydroxyproline, which is essential in the three-dimensional folding and assembly of procollagen chains.

Syn Ake® is a tripeptide that reproduces the effect of Waglerin-1, a protein that is extracted from the viper Tropidolaemus wagleri. Waglerin-1 blocks neuromuscular communication by binding to the muscle receptors and rapidly achieving muscle relaxation, giving a lifting effect that leaves skin smoother.

Syn Ake® softens the appearance of expression lines in a short period of time, as studies conducted both in vitro and in vivo have shown.

Syn Coll® is a small tripeptide that increases collagen production, helping to rejuvenate the skin, which then has less wrinkles and is smoother.

It is a peptide with a unique sequence that mimics the mechanism of the human body itself to produce collagen through transforming growth factor beta (TGF-β), hence it significantly increases collagen production. It also inhibits its degradation by inhibiting matrix metalloproteinases (MMPs).

Hydrolysed silk protein is a natural, amphoteric protein. Its main actions are hydration, improved elasticity and a softening and firming effect.

Formed based on two proteins (sericin and fibroin), it binds to keratin on contacting the skin and creates a film that prevents moisture loss, keeping the skin hydrated and protected, with silk having a unique capacity to retain and release moisture as a function of temperature and humidity in the environment.

Silk has anti-oxidant properties, prevents the damaging effects of free radicals in the skin and slows the ageing process.